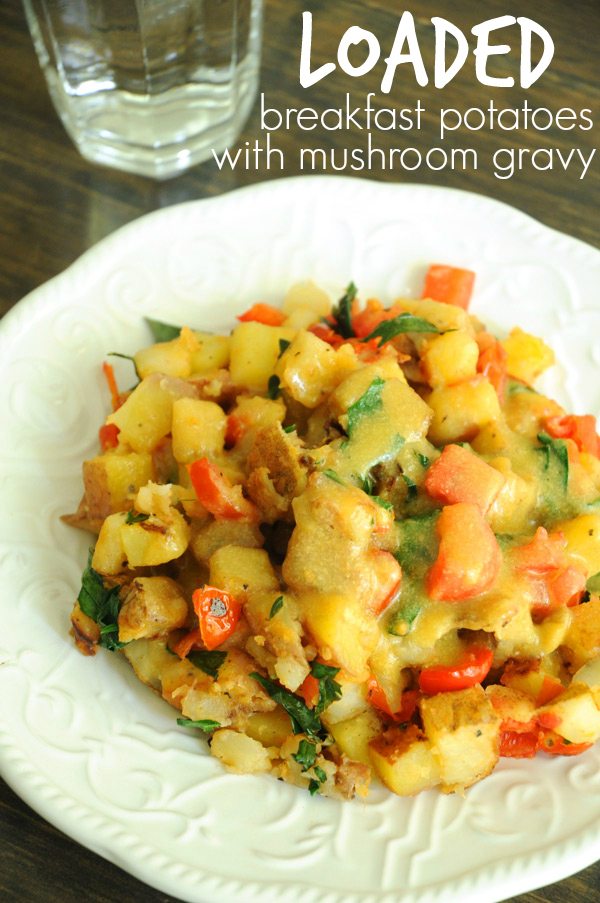 I have a thing for big, hot, savory breakfasts. They’re what I look forward to every morning! First, my daily smoothie, then a big plate of something yummy – usually potatoes.

Yesterday morning was no different. I woke up craving potatoes – but not my usual hash browns with veggies. No, I wanted something a bit more elaborate. 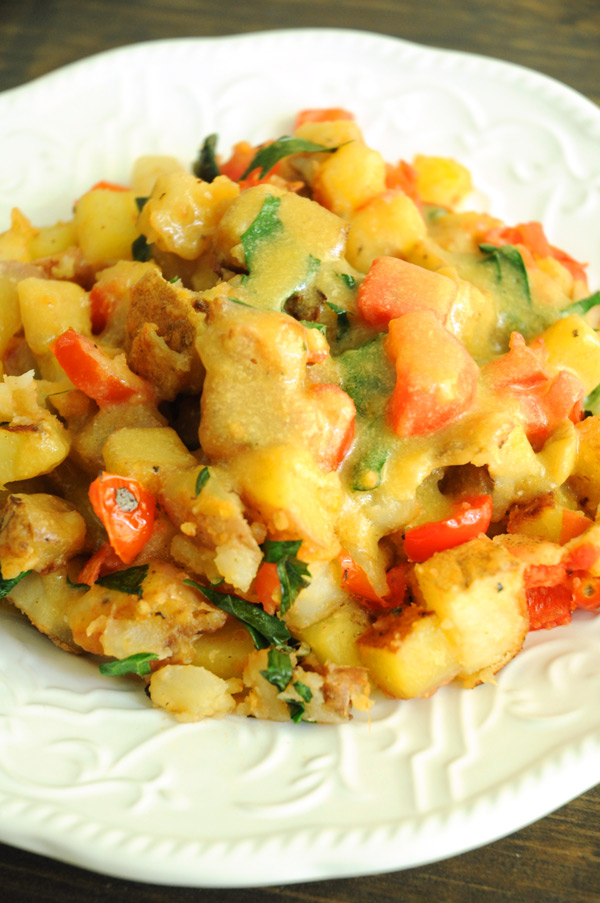 You know, I’ve never been a big fan of mushrooms, but I love them in vegan gravy. So when I saw a bunch of cremini mushrooms on sale this past weekend, I snatched them up, knowing that a pot of mushroom gravy was in my future.

And what’s the best thing to do with gravy? Pour it over potatoes, of course!

So, that’s just what I did with this breakfast dish. 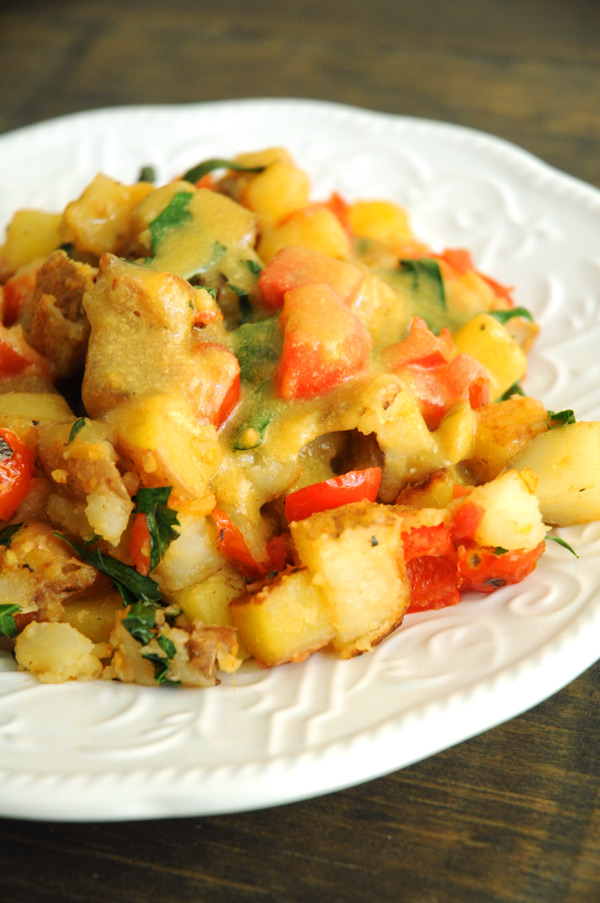 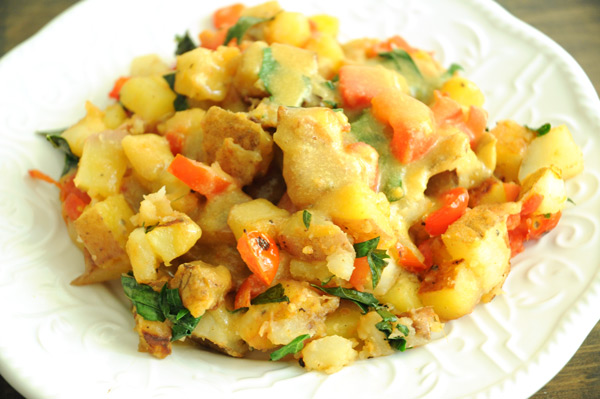 I suggest cooking the gravy first, then keeping it warm on the stove while you prepare your potatoes. Or you can cook them at the same time, if you’re good at multi-tasking!

Use any ol’ greens you like in this dish – I used dandelion greens because I thought they’d work well, but I also think spinach, kale, arugula and even collards would be very tasty!

Pile your loaded potatoes on a plate and drown them in mushroom gravy. Then go ahead and stuff your face. It will be hard not to! 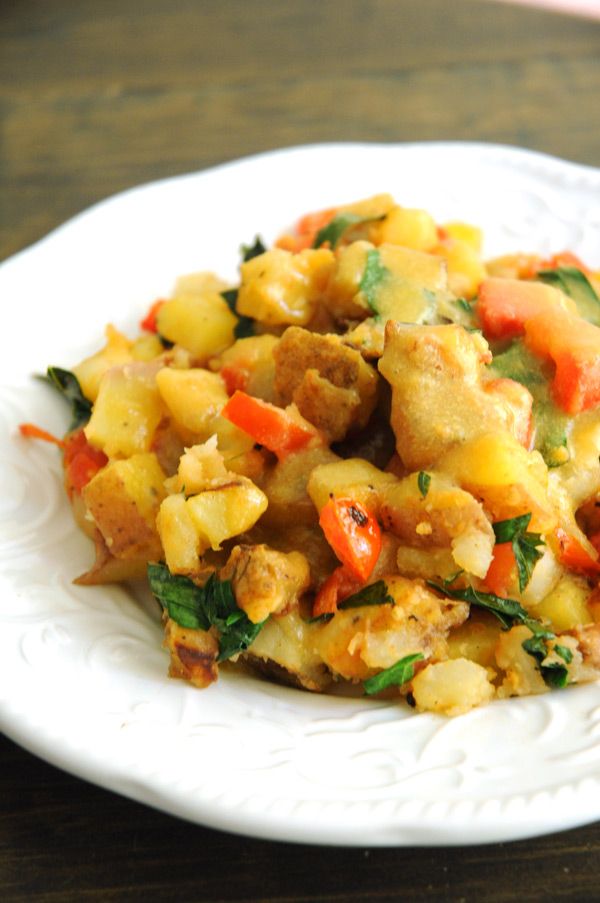