I spotted it in the store a few months ago. It stood out and called my name: SPIRULINA. 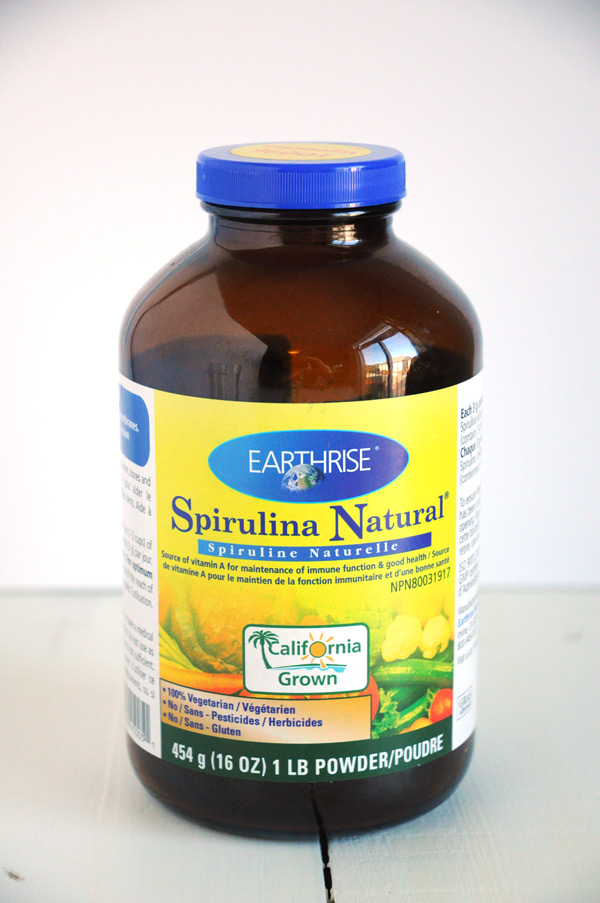 I had heard about the almighty spirulina before, but I had never seen it at the store. Until THAT DAY. That day when I decided to look a little closer for this superfood that is such a rich source of calcium and iron.

And there it was. Sitting on a shelf. Calling my name. 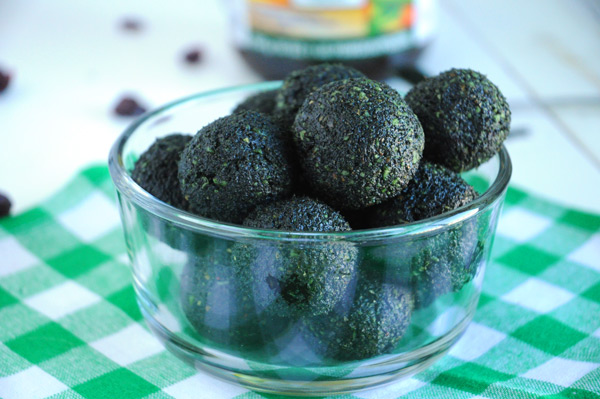 So I bought it. And it sat in my kitchen cupboard for over 2 months without being opened once. I’m a procrastinator, what can I say? 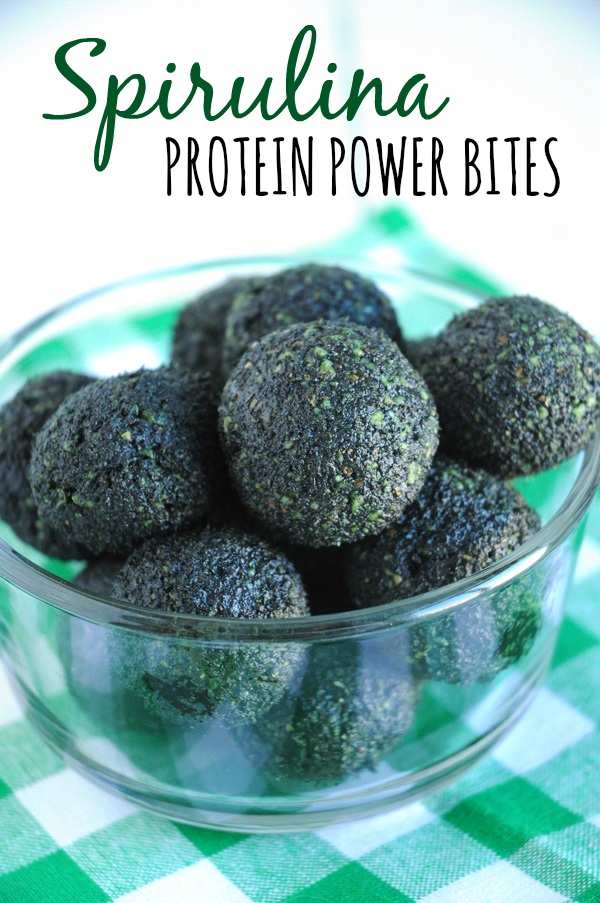 After seeing this full jar of spirulina at least 5 million times, I finally decided enough was enough, and set out to make something THAT DAY. 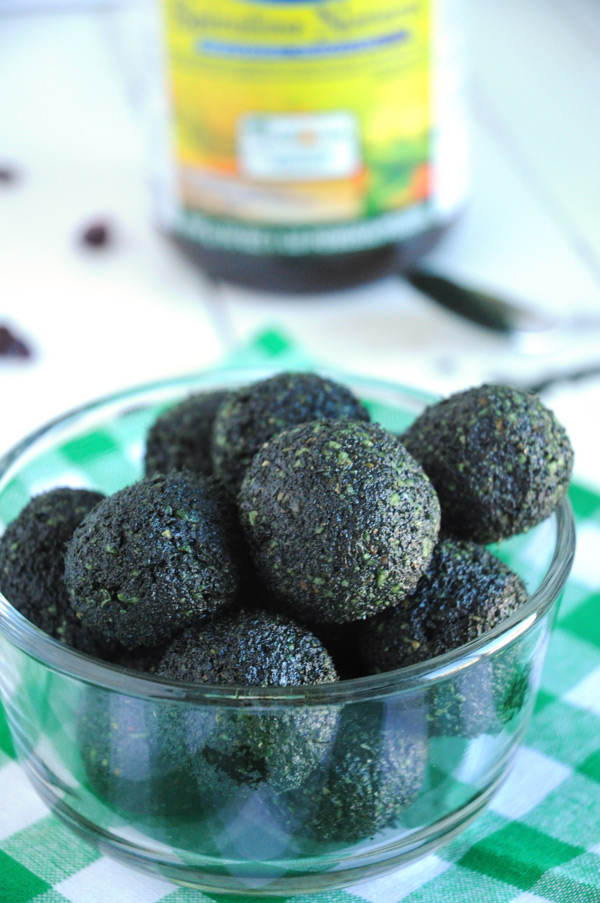 It was a green smoothie. And it was delicious. I’ve made that smoothie a bunch of times now and even my picky kids will drink it!

But this is not that recipe. 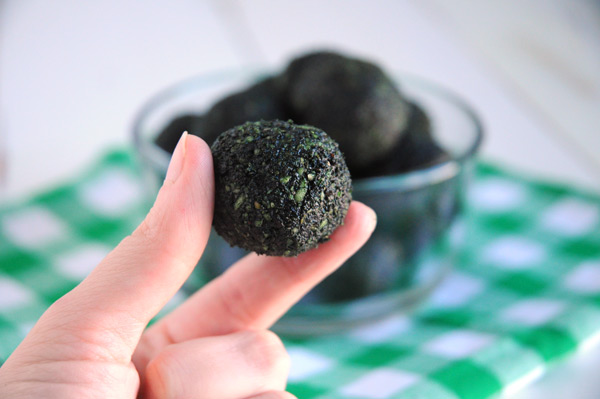 I was feeling ambitious a few weeks ago, and decided to use spirulina to make something other than green smoothies, so I went with these adorable little bites of goodness.

And it worked – they are absolutely delicious, and healthy and everything I love in a snack.

But man are they ever GREEN. I stained my white t-shirt while making these, so if you plan to make them, I strongly recommend black everything! 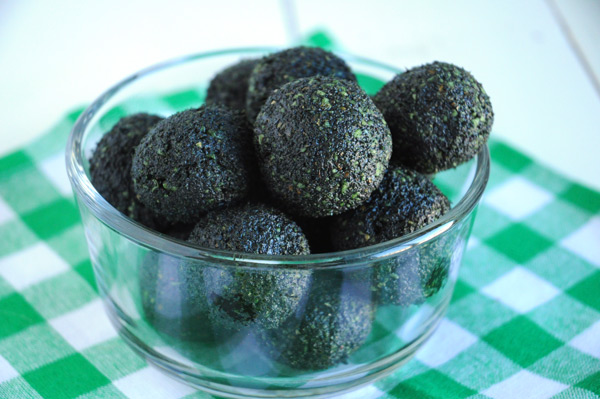 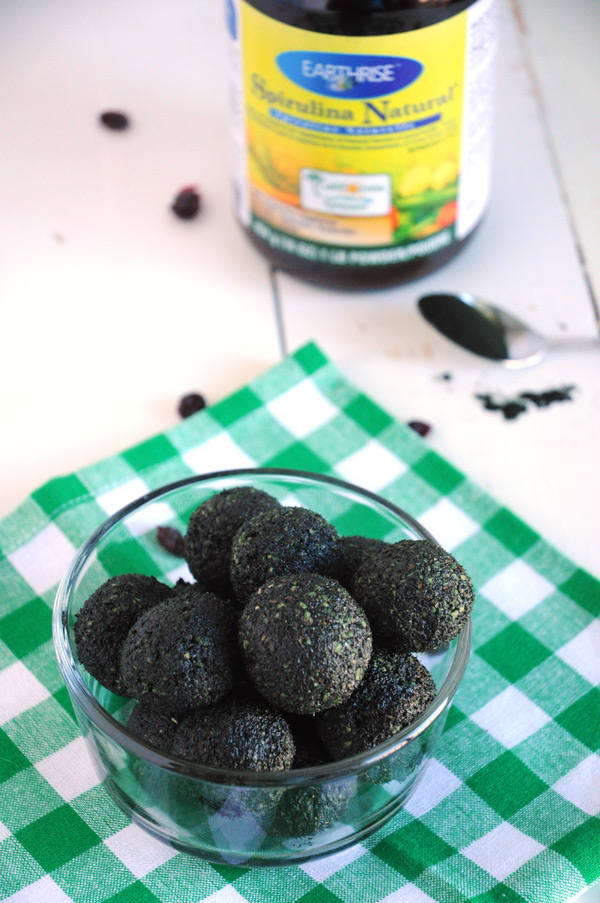