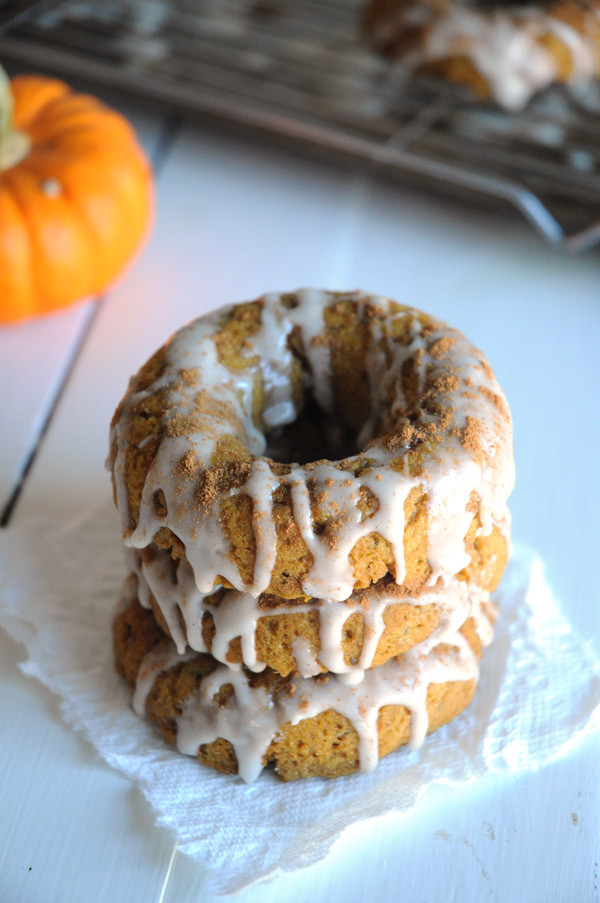 Pumpkin EVERYTHING is in full effect over at my house. What about yours? I’m eating this stuff like it’s candy, and I don’t see myself stopping any time soon!

Not that I’m complaining or anything…

The other day I opened up a can of pumpkin puree, just so I could smell it. SERIOUSLY. I had no intentions of making anything with it. I just wanted to smell that pumpkin smell and then melt into a puddle of OMG IT SMELLS SO GOOD.

I can’t make this stuff up. I’ve done some weird stuff before, but this just moved up to the top of my “crazy things I’ve done” list. 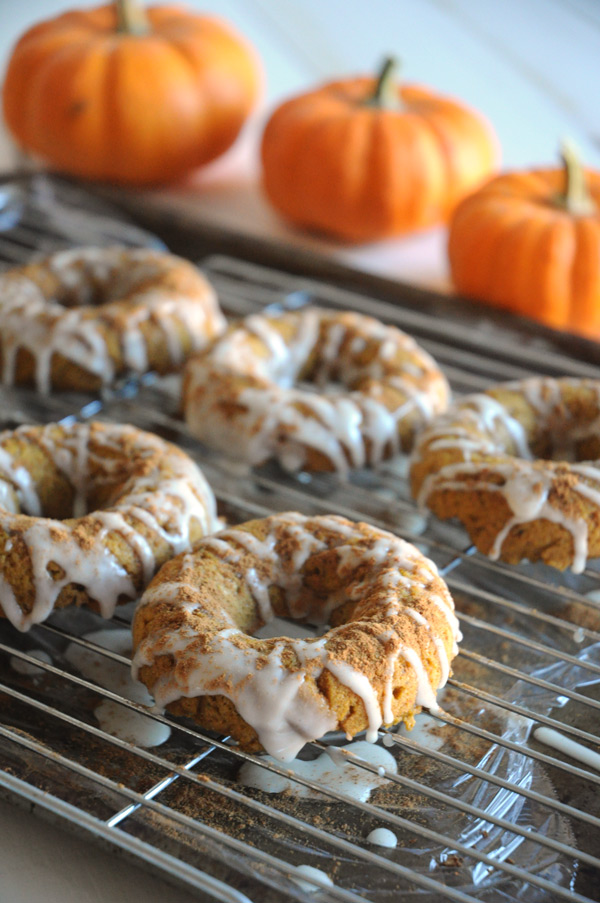 Anywho, that pumpkin went in the fridge, and then the next morning I had the urge to bake with it. After giving it another good, long sniff, of course.

But what to make? There’s cookies and muffins and cupcakes, oh my! But no. None of those were right. Pumpkin bread? Donuts? Yes. Yes, that’s what I’ll make. DONUTS. 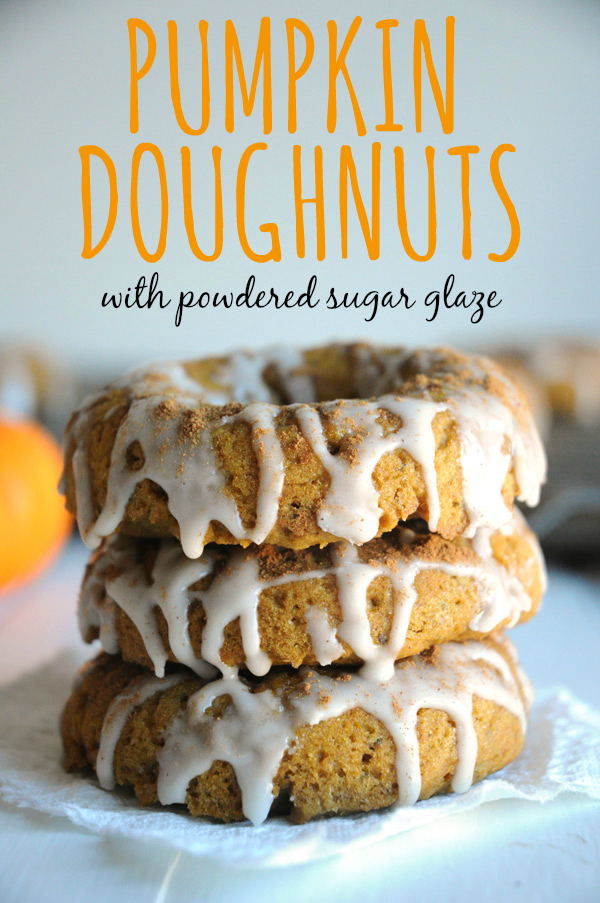 And so that’s what I made. Delicious, moist, pumpkin-y orange donuts with extra cinnamon and drizzled with a bit of icing (who cares if they’re for breakfast? A little icing never hurt anyone.)! 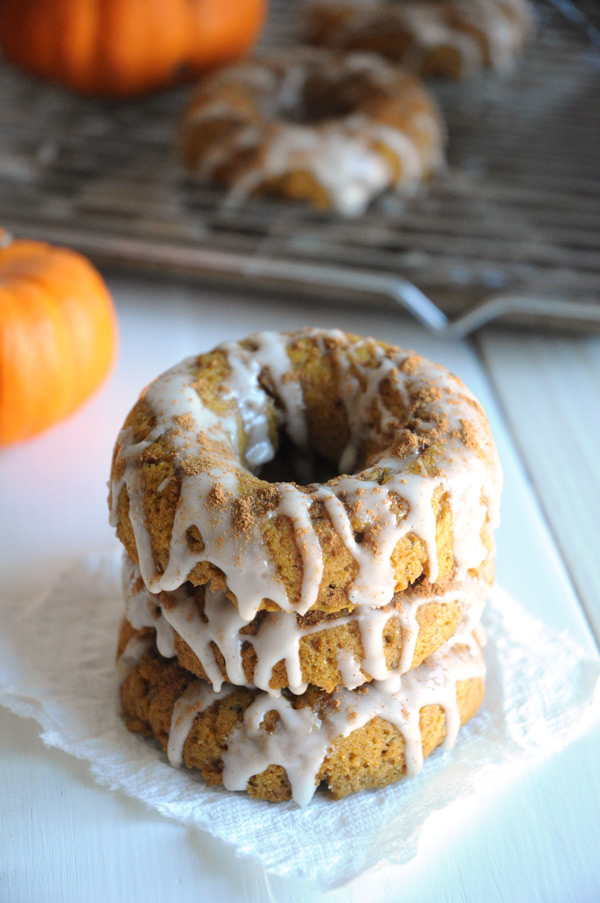