This past weekend was awesome for 2 reasons:

These mini vegan tortilla pizzas. Ohhhhhhh yes. They were good. 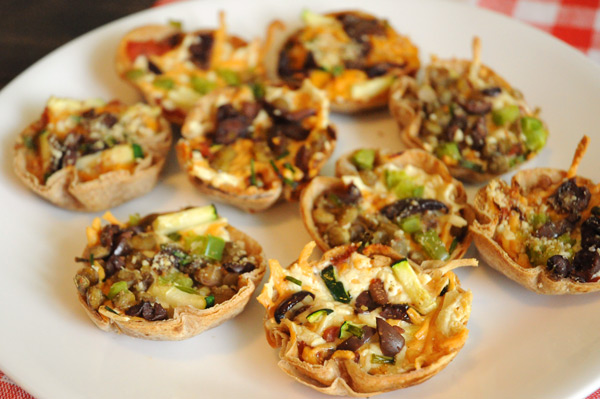 It’s as easy as cutting up tortillas, popping them in a muffin tin, throwing on some toppings, baking, and stuffing your face.

I’m not even going to tell you how many of these I ate, but believe me when I say it was MORE THAN I SHOULD HAVE.

Worth it, though. Totally worth it. 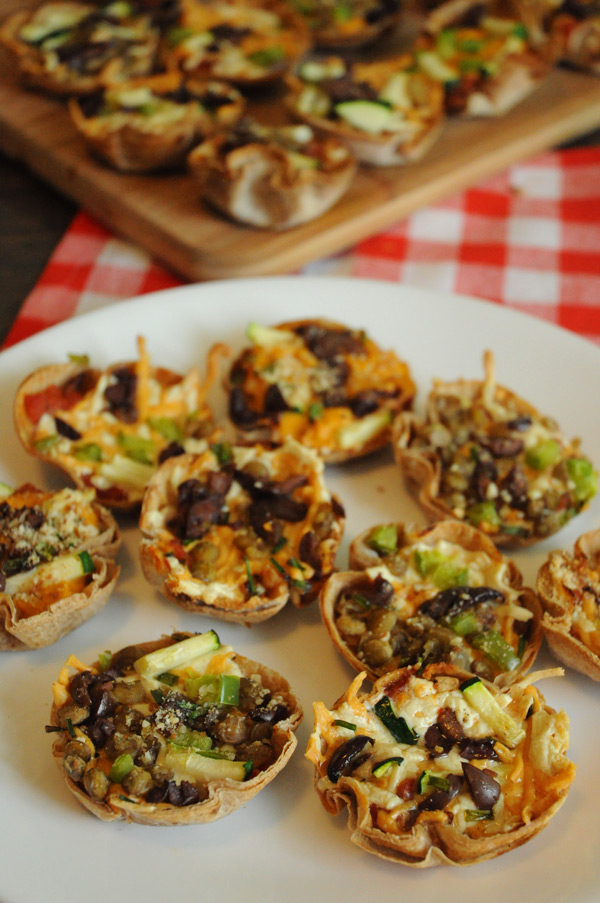 You can put on any kind of toppings you want – that’s what makes pizza so freakin’ amazing. It’s versatile.

My husband doesn’t like Daiya cheese shreds, so for some of his pizzas, I put our homemade vegan nacho cheese, and on some others, I didn’t put cheese at all – just loaded them up with sauce and veggies.

This was an awesome meal. 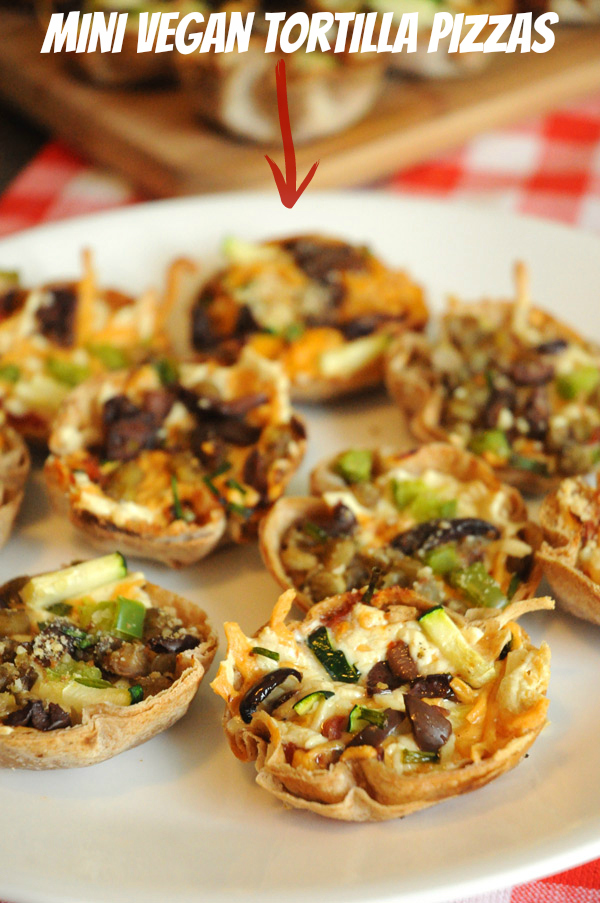 I think these would also work as dessert pizzas, by just swapping out sauce, cheese and pizza toppings, and instead baking she shells, then putting melted chocolate and fresh fruit inside, freezing until semi-firm, and topping with coconut whipped cream.

Mmmm, yes, that is a good idea.

Excuse me while I wipe the drool off my keyboard. 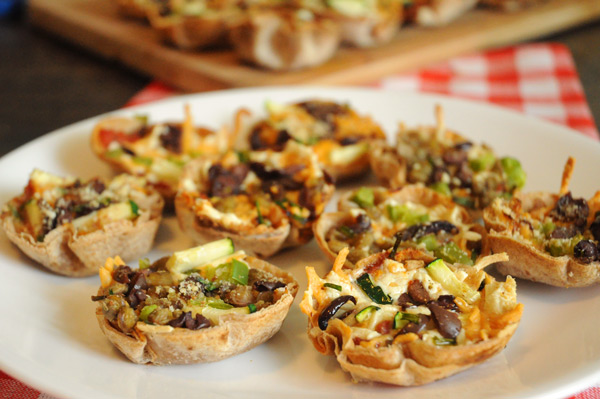 I made these babies for dinner, alongside a big kale salad, but they would also work well for lunch, as an appetizer (just halve the recipe), and even as a snack. 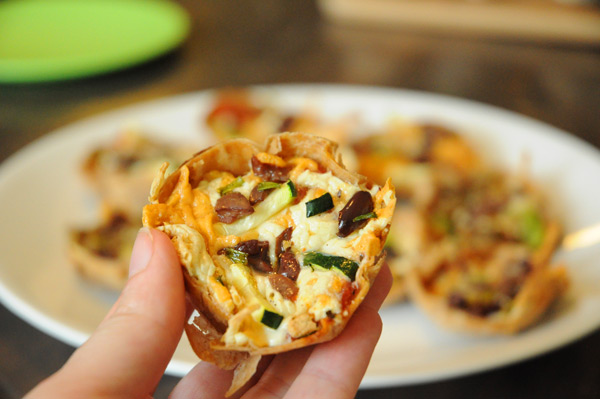