I’ll admit it – I was a bit skeptical of rhubarb.

For a long time, I balked at people that told me they made yummy desserts with it, because um hello – IT’S A VEGETABLE. Desserts aren’t made with vegetables. That’s just gross!

But I was proven wrong. Yet again. I tried my mother-in-law’s rhubarb crisp the other day (veganized), and fell in love. Then I begged her for the recipe. 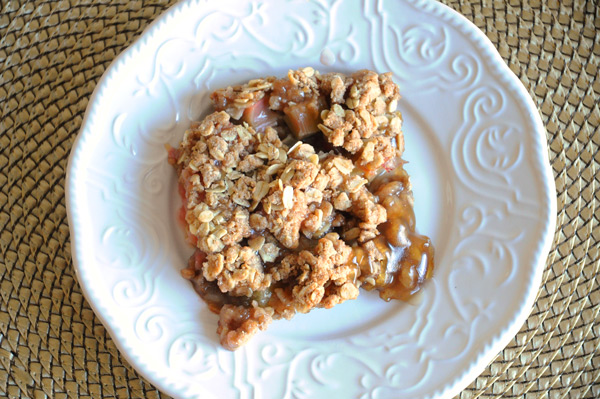 The rhubarb has a very sour taste to it, so you just dump a bunch of sugar on it and BOOM. Deliciousness. I hate how sugar makes everything better.

Sigh. Oh well. A treat like this is fine every once in awhile, right? RIGHT. 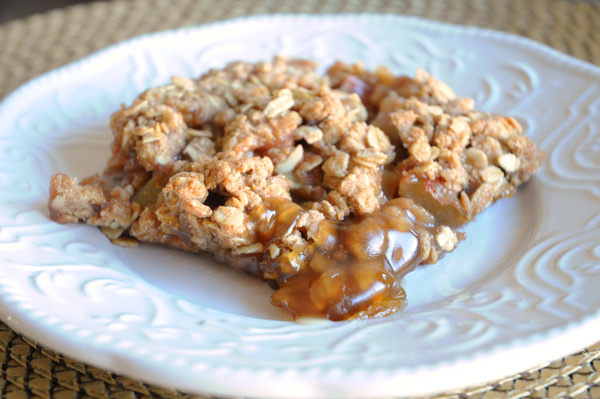 Look at that caramel-y gooey pile of oats and rhubarb and sweetness. It was Amazing with a capital “A”.

This vegan rhubarb crisp is crumbly and tart and sweet and YUM. It’s also perfect for summer.

If you are scared of rhubarb, like I was, try this recipe. You won’t be sorry and you will end up loving rhubarb – because it’s freakin’ good! 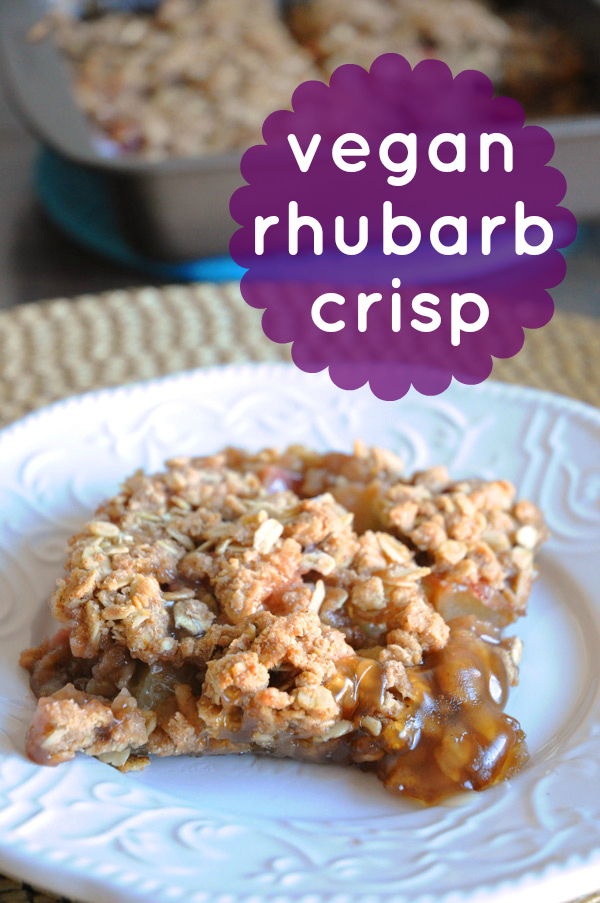