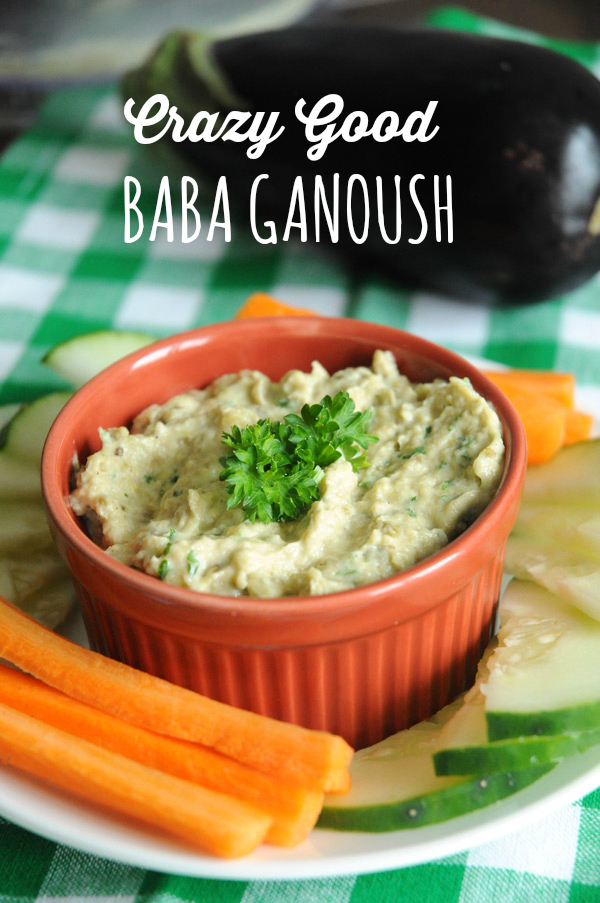 Here’s a true story: Up until a few months ago, I had never eaten eggplant. Everyone I knew said it was either gross or bland or awful or terrible… you get the idea.

So, believe me when I say I was disappointed when I received 2 of them in our farm share box in July. I was going to have to throw them out. Because – gross. bland. awful. terrible. Right?

Well, thankfully, I didn’t throw them out. No offence friends & fam, but I wanted to try them myself instead of just taking your word for it. 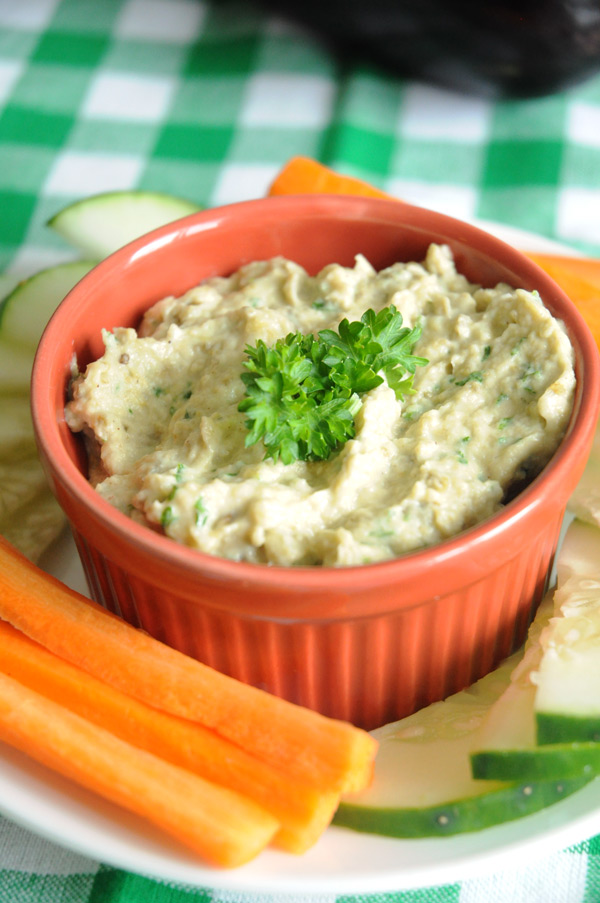 And then I only had one eggplant left, so I asked my friend Pinterest for help, and found this recipe from Minimalist Baker: Baba Ganoush. Like hummus! I love hummus!

So I made it. I tried it. I devoured it. I guess I do like eggplant. Prepared certain ways, of course. 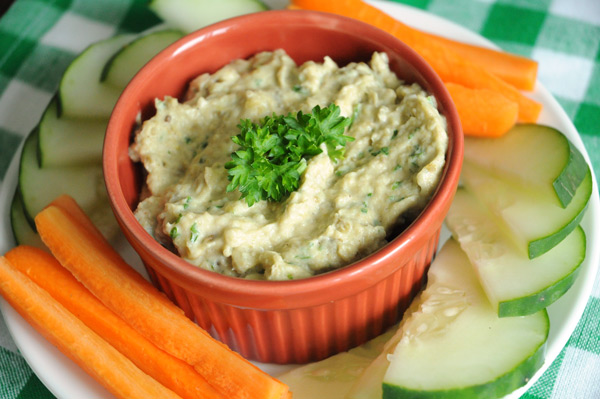 I’ve received at least a dozen more eggplants from the local farm since July, and I’ve always either made eggplant fries (recipe for those coming soon!) or baba ganoush. I used Dana’s recipe as a base, then added a few more of my faaaaaavourite things, and that created some seriously crazy good baba ganoush. 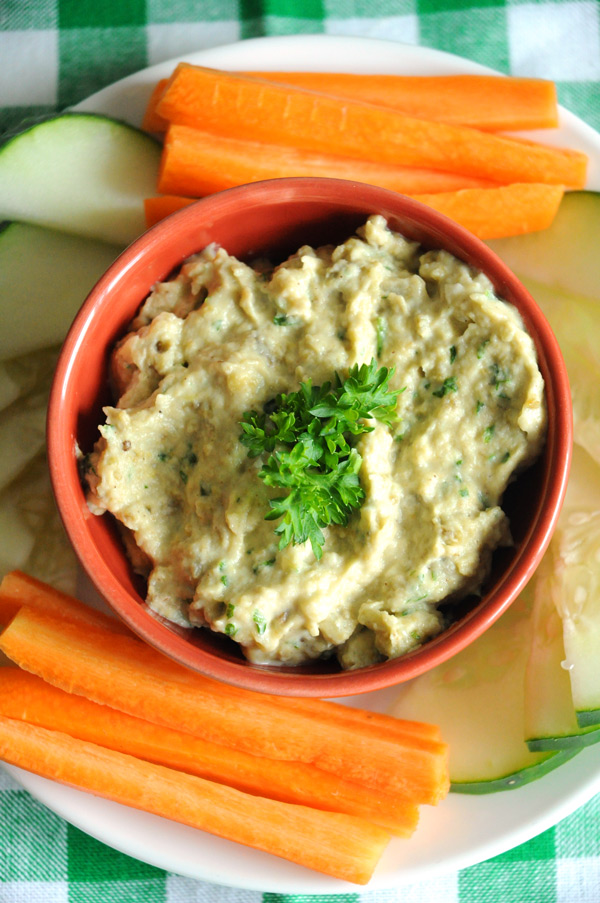 Our Menu Plan This Week